Did someone turn two pages at once? It may be less than a week until we open the DJ XXI registration desk for the first time at the Crowne Plaza in Nottingham, but we couldn’t start the weekend without welcoming the support from two returning guests from 2018’s 30th anniversary Dimension Jump.

That’s right, Red Dwarf‘s Co-creator Rob Grant, and legendary comedy producer – and the man often cited as the reason Red Dwarf got made – Paul Jackson, are making a welcome return to Dimension Jump next week. With a very special appearance, Rob and Paul will be taking part in a talk and Q&A, delving into the history of Red Dwarf and answering your burning enquiries. 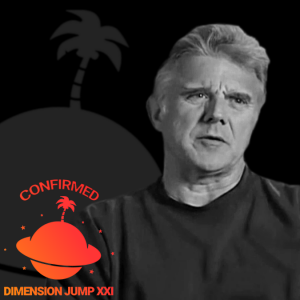 In addition, Chris Barrie (Rimmer) and Robert Llewellyn (Kryten) will be beaming in for live Q&A sessions via Zoom.

Please note that due to work commitments, Joe Sims (Tutt Johnson, Timewave) is no longer able to attend DJ this year.