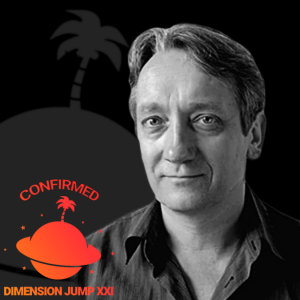 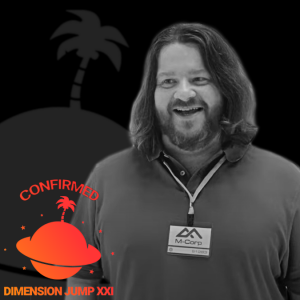 To Red Dwarf fans, Lee is best known as a figment of Lister’s imagination made solid in Series I’s Confidence and Paranoia, but this actor, comedian and writer’s list of credits also includes some of the UK’s best-known programmes: Blackadder, Bottom, Grange Hill and The Young Ones (to name but a few). It’s been a long while since Lee jumped dimensions, and we cannot wait to catch up once again.

Fans lucky enough to attend audience recordings for Series X, XI, XII or The Promised Land, will fondly recall Ian as the show’s inimitable warmup. Following in the footsteps of his predecessor Tony Hawks, Ian deservedly joined the show’s guest cast in 2017 when he appeared as Steve in Series XII’s M-Corp. After a rip-roaring appearance at DJ XX, we’re thrilled that Ian’s back on board for DJ XXI.